Get to Know the Domain - The Netherlands .NL

Due to the low land and flat geography of the Netherlands, only about 50% of its land exceeded 1 metre above sea level. The Netherlands is one of the most densely populated countries in the world. Nevertheless, it is the world’s second-largest exporter of food and agricultural products after the United States, on account of its fertile soil, mild climate, and intensive agriculture. The Netherlands is a founding member of the EU, Eurozone, G10, NATO, OECD, WTO, as well as the trilateral Benelux Union. It is one of the world’s most prosperous countries and ranks among the highest in international indexes of human development and quality of life. Although the natural resource of the Netherlands is rather poor, it discovered huge natural gas resource at the beginning of the 1950s. Besides, the Netherlands has had many renowned painters, including Vincent van Gogh, Piet Mondriaan, and so on. Anne Frank’s “Diary of a Young Girl” had also been written in Dutch and was translated into all major languages. Domain that represents the Netherlands is .NL. Additionally, NL is the abbreviation of the National League. 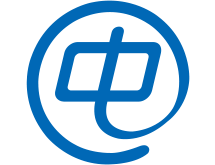 Finding the Perfect Address for Your Online Store

How Leading Brands are using their .STORE Domain?

Going by ecommerce stats, 53% of global internet users have made an...
MORE